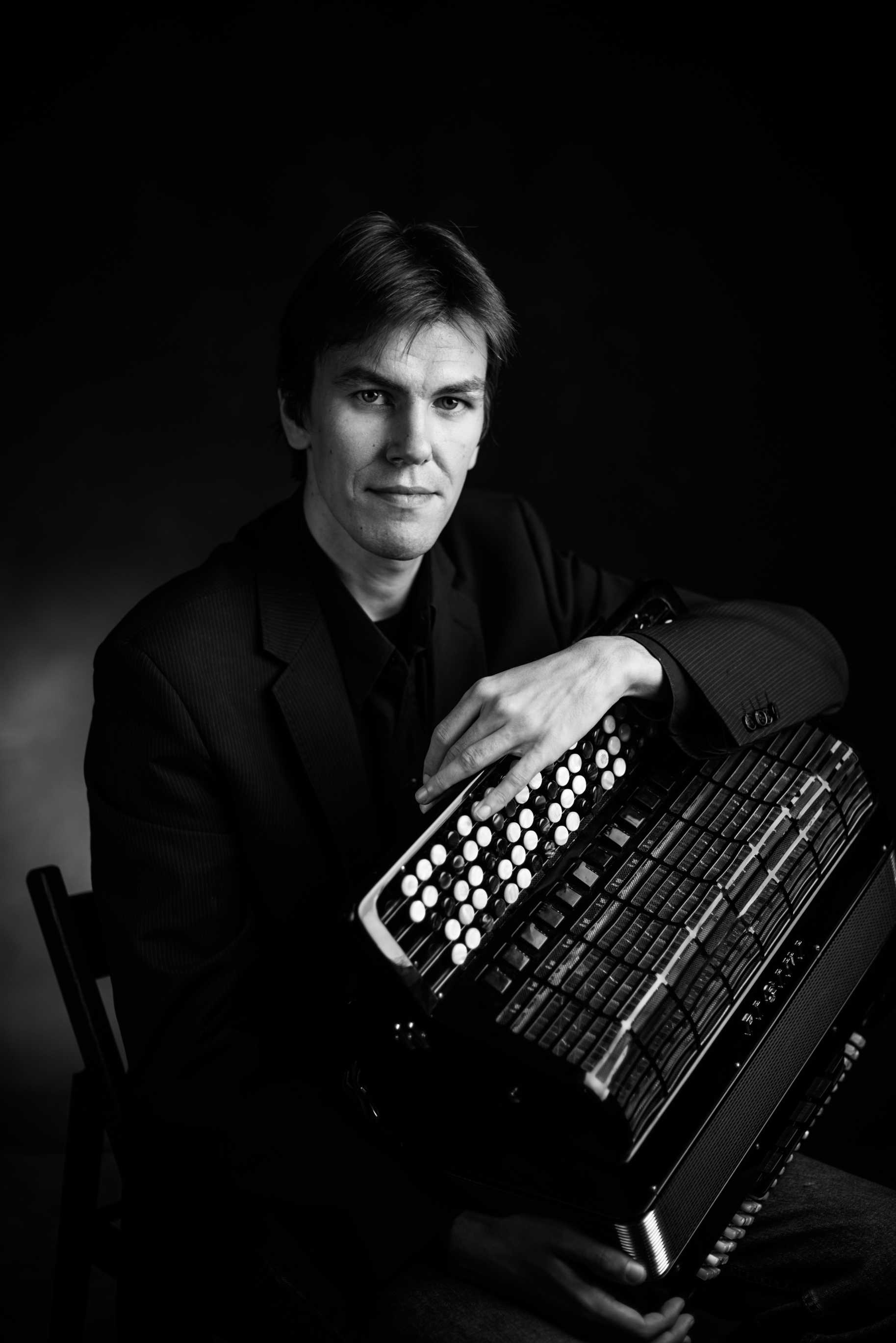 Sergej Tchirkov was born in St.Petersburg in 1980 and studied the accordion at the Rimsky-Korsakov Special Secondary Music Lyceum. He graduated from the Rimsky-Korsakov Conservatory in 2003, class of Professor Alexander Dmitryev. In 2003-2005 he took a postgraduate course in music performance, pedagogy and musicology.

He has been awarded prizes at many international competitions in Italy, UK, Finland and Russia and received a scholarship from the European Centre of Arts Hellerau in 2004-2005.

Tchirkov has premiered over 250 works featuring the accordion. He has performed at various new music festivals including Archipel Genève, Rümlingen Festival, Dresden Days of Contemporary Music, Moscow Forum, MärzMusik, Klangspuren Schwaz to name a few. In 2002 he was guest performer at EXPO 2002 (Switzerland) and in 2014 he was Main Artist Guest at PASImusic Festival in Finland.

Sergej has played both as a soloist and a member of an orchestra, including with the Mariinsky Theatre Orchestra, the St. Petersburg Philharmonic Orchestra, MusicAeterna ensemble, State Academic 'Svetlanov' Orchestra, Bavarian Radio Simphony Orchestra under the direction of Teodor Currentzis, Vladimir Jurowski, Susanna Mälkki, Valery Gergiev, Timothy Redmond.

Tchirkov has been a guest lecturer at the Zürich University of Arts, Norwegian Academy of Music Oslo, Gothenburg University, University of Arts in Graz, EMS Stockholm, Conservatory of Geneva, Kuopio Conservatory, Perm State Pedagogical University, and the Kazakh National University of Arts Astana. He has been an adjudicator at several compositon and new music competitions and has taken part in many conferences on various aspects of music performance and musicology. His thesis on John Palmer's DRANG for accordion solo has been recommended as an education tool for higher schools of music. Currently Tchirkov lectures at the Centre for Contemporary Music of Moscow Tchaikovsky Conservatory.

He has been an expert of the Pro Arte Foundation music programs and a chairman of the expert council of the St. Petersburg Contemporary Music Centre 'ReMusik.org'. He was editor of the website dedicated to contemporary music of Switzerland and served as the curator of the AlpenFest 2014 and Splendor of Colour/Interferences 2015 new media project - two large scale festivals of Swiss music in Moscow.

In 1999 - 2001 Sergej Tchirkov coordinated AWW East European News for Accordion. In 2009 - 2010 he worked as deputy-director of the State Russian Concert Orchestra, St.Petersburg

In 2011 - 2014 he has taught at the International New Music Academy organised by the Moscow Contemporary Music Ensemble in the town of Tchaikovsky.